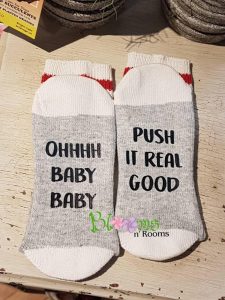 You may have heard from friends and relatives about the pushing stage of a baby’s birth.  “They pushed for hours and it was hard work,” “They were so exhausted after pushing baby out.”

Well, back in 1957, a nurse midwife in the UK created a study to look at the second stage of labor. Constance Beynon, MB, FR, CS (Edin), MRCOG noted that doctors and midwives felt that if the woman was indeed working hard, then labor was efficient.  She observed that “many doctors and midwives still seem to consider it their function to aid and abet and even coerce the mother into forcing the fetus as fast as she can through her birth canal.” (page 1 of reprint from  The Normal Second Stage of Labor – A Plea for Reform in its Conduct, The Journal of Obstetrics and Gynecology of the British Empire, Vol LXIV, No 6, December 1957). She argued that less of this was necessary and likely the minimum would be best.

She called this the spontaneous second stage whereas we would call this the physiological second stage today.  She said if a mother was left to intuitively follow her body, several details would be noticed:

In order for us to see this happen in a birth, a birthing person needs to have no preconceived notions or any inhibitions.  There can be NO COACHING of how to push or to even use the word PUSH. No one is telling the birth giver to hold her breath or count to ten. No hurrying the second stage. No one is encouraging what is called “Valsalva pushing” or pushing holding the breath for a count of at least ten and at least three times in a contraction.

By simply letting the birth giver follow intuitive practices when the head reaches the pelvic floor, these outcomes can be avoided:

Constance Beynon states that less straining or bearing down is far more beneficial in birth, both for the birthing person, her body and the baby.  She says that even without coaching and instruction, the second stage of labor was NOT prolonged in her study, even in primiparas (first time moms). She found a decrease in mechanical births (use of forceps) and a decrease in tearing of the birth giver’s tissues. She completed her study with a plea to “eliminate hurry and unnecessary straining” in the second stage of labor.

We are curious if you have observed the same to be true.  Could we go without using the word push and letting the body do its thing to push the baby out?  Could we slow things down? Could we give birthing people the time they need to give birth, knowing that every person may be slightly different?  Could we protect the fascia of the vaginal canal to avoid incontinence problems later?  Could we make the “normality” of incontinence problems no longer necessary?  We hope birthing people will read this and determine that their second stage of labor will be different.  Remember this study was completed in 1957.  How is it that we haven’t learned from this yet and we still rush laboring people to push their baby out quickly? 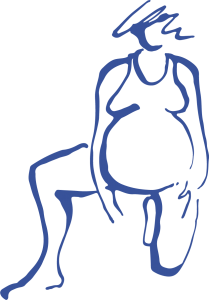 Doulas, can you determine that the second stage of labor will change under your watch?  We know our education and support will change knowing this moving forward and we hope to see a more relaxed and physiological approach. 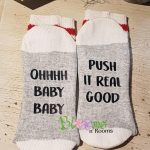 Push socks can be ordered on Etsy at this link

The Normal Second Stage of Labor: Or As We Know It, Pushing the Baby Out
Tagged on: babies    birth    choice    labor    pushing    second stage

2 thoughts on “The Normal Second Stage of Labor: Or As We Know It, Pushing the Baby Out”